Button Text
You'd usually find Poppy Appeal collectors, like our friend Derrick, collecting for the Poppy Appeal, but this year many of them are shielding. So now it's our turn to support our Armed Forces community of yesterday and today and make sure that this isn't the year that we forget.

We met 90 year old veteran Derrick Rex back in 2018. We were at Coventry Train Station launching our First World War Centenary campaign to say Thank You to all the fallen soldiers from Coventry, and Derrick was there collecting for the Poppy Appeal, as he has done for 15 years. Getting to know him was an absolute privilege, and throughout the days that our campaign ran, more and more Coventry Building Society staff got to know him and collected for the Poppy Appeal alongside him, and all felt the same sense of pride in standing alongside our Armed Forces community and a caring and wonderful man who has previously singlehandedly raised £6,000 in one year. And that’s why we’re so ready to stand alongside him and support him once again, just in a different way.

Derrick served in the Royal Tank Regiment and came perilously close to death after catching diphtheria in India. He served in Korea, celebrating his 22nd birthday while there, in conditions that he describes as ‘terrible’. He comes from a proud military tradition, following in his father’s footsteps after seeing him serve 29 years in the army. Since Derrick’s service, he has visited 10 Downing Street and also spoken with the Queen, Prince Harry and the Duke of Kent.

Now a widower, Derrick lives in Coventry. In the midst of a fight no one saw coming, Derrick has to stay safely at home. So it’s our turn to make sure that the Poppy Appeal flourishes, and continues to support the important work of The Royal British Legion.

Donate to the Poppy Appeal 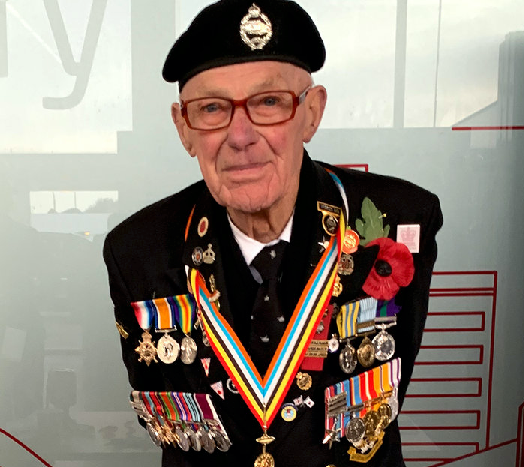 At the heart of the Poppy Appeal in the Midlands town of Clun, Barry and Tricia have clocked up a decade of support. This year, the couple are shielding, but they didn’t let that stop them, and neither did their community. Rallying together, they organised safe and strategic collections to make sure the vital work still got supported. Now it’s our turn to do our bit.

At the age of 83, Flyle has to shield this year, but he hasn’t let that stop him from making a vital contribution. He’ll miss going door to door and meeting lots of people as he collects money for the Legion in his home village of Alfriston, but he’s still organising as much as he can from home. He’s worried they’re going to make less money this year and hopes that people will rally to support the charity in new ways.
Find out more stories like Derrick's, Barry & Tricia's and Flyle's here. 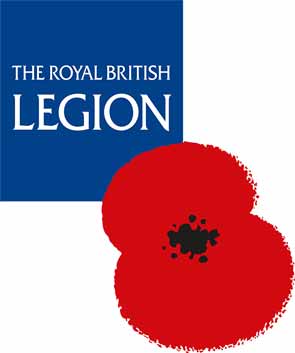 We offer special ‘Poppy’ accounts that help support The Royal British Legion. Find out more about how you save and we donate.
Savings accounts

Home Who we are The Royal British Legion Poppy Appeal